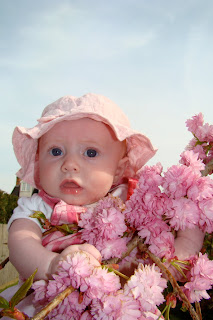 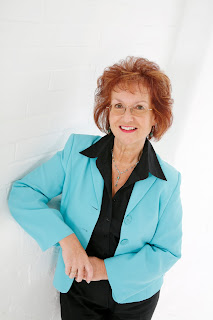 What an interesting few weeks it’s been. I watched the first election debate with care – not to hear the arguments but to see who came over the best. How fascinating to see, the next day, that Nick Clegg had come out on top. Of course he did! He was friendly; the body language was open; his face reflected involvement in what he was saying and he talked directly to the camera which meant everyone felt he was talking to them personally.

It was therefore interesting to hear the views of an American commentator who couldn’t see the debate on screen but heard it instead on the radio. What a different response: Gordon Brown appeared dour; David Cameron was smarmy and lacked sincerity and Nick Clegg sounded young and without substance.

There is an interesting historical link too. If you go back a few decades Nixon and Kennedy held a radio debate which Nixon won decisively, but when they went in front of the cameras, Kennedy dealt him a knockout blow.

So, to answer my own question, yes, image is hugely important. If you can influence your ‘audience’ appropriately you will had a big advantage over you competitors.

Now on to lighter topics – Saturday and Sunday nights during April have been spent glued to BBC’s ‘Over the Rainbow’. I’m delighted to say, as I write on 30 April, that my student, Lauren Samuels, is still in the running to be Dorothy. I was interviewed by BBC Radio Leicester today and you can hear me on bank holiday Monday during Ed Stagg’s tea-time show (4.00 to 7.00pm). This will be my second appearance on local media within three weeks ad east Midlands BBC news sent a reporter and camera crew to interview Sue (Lauren’s mum) her brother and me on the 9 April.

After my return from examining in Malta on Good Friday I had a welcome rest over Easter then it was straight into some more speaking engagements. This is where I got to in April:
8 April – Corby 4Networking
13 April – Cosby Business Clubs
20 April – The Institute of Directors Breakfast, Nottingham
22 April – The Leadership Lunch, Sutton Coldfield
28 April – Portfolio Ladies Lunch, Stratford
30 April – Oakham 4Networking

I also had the pleasure of delivering a taster seminar on voice for managers at the National Grid headquarters, Warwick. Then it was down to Bristol for a Voice Protection & Projection workshop booked by the ASA. My open presentation skills day, ‘Dynamic Speaking‘ took place again at the Marriott, Leicester with 7 enthusiastic delegates. I was also given a repeat booking by the Spice organisation in Birmingham and had lots of fun with 14 delegates at the Arden Hotel, near Birmingham airport.

Our good friend Sheila came down from Staffs. for a day’s visit and as it was lovely weather we introduced her to Bradgate Park and then had tea at Kilworth House Hotel. There is nothing nicer than a Victorian conservatory with the sun shining down. Best of all was a girly shopping day with my daughter Deb while granddad Stewart minded the baby. Sorry chaps, but you will never understand how much pleasure we get from wandering round fashion outlets.

***STOP PRESS***
We have just got news of a funding stream for partnerships or SME’s with 3 or 4 employees and for limited companies with just 2 employees. This is through the ‘Leaders First’ grant scheme in the East Midlands. Contact Stewart to see if we can get you £500 of free training with us.

THERE IS ONLY A SMALL POT SO DON’T HANG ABOUT!

I look forward to talking to you soon.

And VOTE LAUREN FOR DOROTHY!

5 things your voice says about you

We give away a lot when we speak. While we are hopefully making sense of the words we are using, others are subconsciously assessing…

ARE YOU RESTING COMFORTABLY……?

Hello everyone, I hope you all had a wonderful summer.  I don’t know about you but I really need a decent break from work…