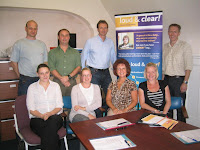 Hello again everyone, Just a little late this month due to pressure of work and social happenings as you shall see. I had three musical experiences this month and they were all quite different. Firstly I went along to the Kilworth House Theatre (Leics.) for ‘The Opera Show’. If you live anywhere near junction 20 of the M1 do go along and have a look at this terrific open-air theatre built in the gardens of a private hotel. This is its 3rd year and obviously the season only extends from June to September but there is a huge variety on offer. The show was something really unique. There were four principal singers six dancers, a string quartet, a virtuoso guitarist and backing orchestra and the show consisted of 3 acts of operatic extracts set in different times: The Baroque (fabulous costumes), The 1940’s in Spain and finally the Electronic age. it was so well presented and great entertainment, even for those who were not opera buffs. Musical evening number two was the musical ‘Dreamboats and Petticoats’ at the Belgrade, Theatre, Coventry. This was a simple (but very funny) script set around 40 hits from the late 50’s and early 60’s. The company did all the singing and dancing and played the instruments – terrific energy! I had noticed the show because a fellow student, David Cardy, in my year at the Guildhall was featured in the show but unfortunately he is still on in the West End and I could only get to see the tour. I recommend it though if you can remember that era.

O.K. now I am REALLY going to give away my age……I was one of Cliff Richard’s original fans folks so I just had to go and see the ‘Cliff & Shadows Reunion tour’ last week at the Nottingham Arena. All I can say is they can still do it – great musically, fun and nostalgia focused only on the music they played together (plus the Shadow’s solo hits). No dancers or fancy extras, just 2 ½ hours of great music. I hope I still have the energy to dance around stage like that when I’m 69!

Well, I was quite glad of those relaxing evenings as September was pretty frantic on the work front. I had 4 speaking engagements, an exhibition and 8 workshops in the diary. The exhibition was organised by Network Midlands at Crick. The speaking engagements were for 4 Networking at Northampton and Rugby (N.B. do have a look at their website, this is a pretty dynamic organisation); ‘Mind Your Own Business’ event organised by the LeicestHERday charity, for women wanting to start their own business and ‘Supporting Women in Business’ (SWIB) at Stratford. I took a 3 hour ‘Voice Protection & Projection’ CPD session for Liverpool City Council followed two days later by 2 more for Manchester City Council. (These were for swimming coaches working for the councils in schools and leisure facilities). The following week I was back up in Manchester for a 1/2 day bespoke workshop for RM Adjusting Ltd. I was asked to do this after Neil Robbie (the MD) heard me speak at an event in Birmingham earlier in the year. An evening seminar for 25 examiners for BTDA (the British Theatre Dance Association) took place at the Marriott Hotel, Leicester, on using the voice in the examination room and the next day I was taking a seminar for Leicester Aids Support Services at their headquarters. I worked with some of their volunteers on how to use the voice effectively on the phone. Last, but no means least, I had two more of my ‘Voice Matters’ full day business workshops at Solihull and Leicester. They were the 8th and 9th sessions since I began them in September 2008 and I’m delighted to say they were both full with 12 people on each. Here is some of the feedback: ‘Fantastic presentation. Very informative and easy to take in.’

‘An excellent introduction to using your voice to its full potential’ ‘

I found this course very useful and think it will help my communication and public speaking no end!’

‘I’m reborn! You’ve opened the gate and pointed me in the right direction’.

I think I can finally state that voice Coaching is not a tenuous area of training but something that really does show results. Look at my testimonial page for proof!

Apart from filling the remaining days with my Private clients I also managed to attend a ‘Switched-on-Biz‘ lunch at Solihull, the IOD lunch at Nottingham, the Soroptimist’ lunch at Leicester and various breakfast meetings – for me, this is the best way to remind people that I am still alive and kicking and waiting to give them some help with those all-important communication skills. I mustn’t forget to mention that I also did a little performing this month at an ‘Older Voice’ day in Hinckley. This was a day of events for the over 50’s and I presented a recital called ‘The Prime of Life’ – a lighthearted look at getting older – with my colleague and friend, Ann Shires.

Well, October has begun at the run once again. I am marketing my next 2 ‘Voice Matters’ workshops – 3 November at Hogarth’s Hotel, Solihull and 5 November at the Marriott Hotel, Leicester. I have a few places available so do take a look here and join us for a really effective day of training at only £140 inclusive. I hope I have the pleasure of working with you. And don’t forget:

Happy New Year everyone. As some of you may know, I flew out to Hong Kong on 19th November to be a judge at…

You’ve been asked to speak at an event.  How do you ensure that you make a good impression?  Well don’t leave things to chance.…