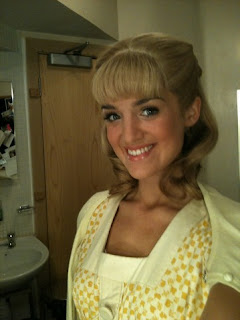 Lauren Sameuls in her new dressing room
at the Piccadilly Theatre, London with her ‘Sandy’
wig for her debut in Grease on 24 July. 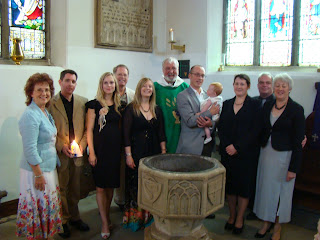 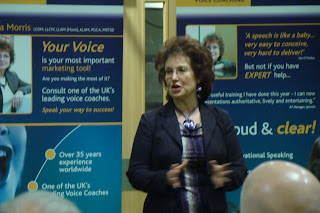 Me running a seminar at The Leicester Business Club.

I hope you are enjoying the summer and any holidays you can fit in.

When I was thinking of a title for this month’s epistle I suddenly realised that there had been a number of new things which had happened to me and those around me in the past 4 weeks.

1st – Yesterday I met a businessman at Northampton who had started his own company just 2 days before offering care in the home.  This was a big step for him as he had been employed for over 25 years.

2nd – On 26 July my ex-student Lauren Samuels took several important steps on her first night as Sandy in the musical Grease in the West End.  Stewart and I were there with our daughter, Debbie, and Lauren was terrific.  Hopefully this will be the first of many opening nights in a glittering theatrical career.

3rd – The same week, on 28 July, another ex-student began a new TV series.  Carol Machin is a presenter on ‘The Secret Tourist’ on BBC1 at 9:00am.  She seems to be traveling to exotic parts for this – lucky her!

4th – My granddaughter Evie was Christened on 1 August.  It was a wonderful occasion with family and friends gathered from around the UK to welcome her on her journey through life.  You can see pictures and a video of the happenings here.

5th – I began voice coaching sessions with several new clients in July including a dentist, an engineer, a director of 4 Networking and the MD of a management consultancy firm.  I also joined two networking organisations – The Womens Business Clubs and Business Over Breakfast (BOB Clubs).

We all need new ideas and stimuli to keep ourselves fresh and challenges to keep the brain lively.  Every ‘new beginning’ we have in social life or business requires focus and determination to carry it through.  Without my decision 7 years ago to try something completely new Loud & Clear voice coaching would never have happened and it has sometimes been hard to keep motivated.  Has it been worth it?  Absolutely!  I’ve met some wonderful people and hopefully helped them to move their business forward and for some it really was a ‘new beginning’. If you have a burning desire to try something new, do it. Remember, nothing ventured, nothing gained.

So what else have I been up to in July?  I examined in Worcester and Cheshunt and took a Voice Protection and Projection workshop for the ASA at Stoke-on-Trent.  I spoke at five events courtesy of invitations from 4 Networking (Lichfield & Mansfield), Avril Marshall for the Utility Warehouse (Coventry), EMEW (Lutterworth) and TWBC (Loughborough) – both womens’ organisations.

In addition I attended 6 other networking events and was invited together with Stewart to a delicious free buffet at the Marriott Hotel, Leicester as a thank you for using their facilities for my workshops.

We had a good laugh at the Little Theatre, Leicester at the start of the month watching ‘Charlie’s Aunt’ and I finished the month with a residential drama course in Lincoln for fifteen 11 to 16 yr olds.  For some of them it was their first time on stage so there were yet more ‘new beginnings’.

Rehearsals for ‘Dick Barton, Special Agent’ are gathering pace.  Posters and photos are appearing in public places and tickets (hopefully) selling well.  For anyone interested in the Hinckley area, the performance dates are 7th to 11th September at the Concordia Theatre,  Stockwell head at 7:30pm.  you can order tickets from me!

If all goes to plan I will be filming some short video tips for you to view on my website during August but I also hope to have some ‘non-working’ days to recharge the batteries.

My open workshops in September and October have a few spaces left and if you are interested take a look here for details.  These will probably be the last until May/June 2011 due to foreign travel (both works and holidays) in between.

Well that’s plenty for now.  You can keep up with my activities by following me on Twitter here.  If you can’t be bothered with that I’ll keep you in touch next month.

Hello everyone, I hope you will forgive me for indulging in a lifelong obsession in this month’s blog.  Ever since I was old enough…

Hello everyone, What an interesting few weeks it’s been. I watched the first election debate with care – not to hear the arguments but…

You’ve been asked to speak at an event.  How do you ensure that you make a good impression?  Well don’t leave things to chance.…