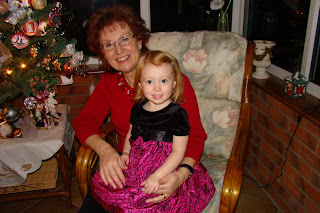 I’ll stop it before this gets silly.  I hope you had as good a Christmas as I did.  We had a very traditional family affair with lots of food, lots of drink and lots of company.  For me, Christmas also means theatre.  As a child I was taken to pantomimes and as an adult I appeared in six.  Three as principal girl two as comedienne and one as the fairy godmother! This year I had the pleasure of seeing three of my ex students appearing in professional shows. On 14th December Stewart and I went to Norfolk to see the Thursford Christmas Spectacular where Hannah Ellingworth and Zac Morris were part of the huge company. 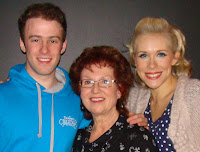 Zac has recently graduated from the Guildford School of Acting and while still at the Hinckley Speech and Drama Studio at age 11 he played Colin in the musical, ‘The Secret Garden’,  in the West End for the Royal Shakespeare Company. The Thursford show was magical and we have already booked for next year. Then on the 22nd I travelled down to London with my daughter Debbie to see Lauren Samuels playing Scaramouche in ‘We Will Rock You’ at the Dominion Theatre. 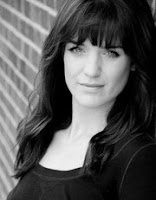 I’ve always loved Queen’s music and it was great to watch Lauren’s delightfully comic performance. Afterwards we were able to have a meal with her and have a good chat before she returned for the evening show.

If any of you would like tickets for ‘Alice’s Adventures’, which I am directing at Hinckley’s Concordia Theatre from 9th to 11th February, just get in touch by email or phone and I’ll sort them out for you.

I eased my foot of the accelerator in December but there was still plenty going on at loud & Clear. My final two half-day courses of 2011 took place at Solihull and Leicester. I flew to Belfast to speak at the regional meeting of the Chartered Institute of Purchasing and Supply and took two training sessions for a government employee at Birmingham who needed accent reduction. The New Year already looks busy but I would really appreciate your help in passing on information about the Dynamic Speaking day at Leicester on 3rd February. Please tell your contacts to look here for details. This is likely to be the only course I have time to offer in presenting during 2012.

January is going to be the final run-up to the ‘Alice’s Adventures’ production, with rehearsals every Saturday and Sunday, so not much resting time on offer but the end result will be worth it.

Do you realize that every time you open your mouth to promote yourself or your company you are influencing others subconsciously. Surprisingly, this has…

Hello everyone, I arrived on 20th May and the humidity hit me in the face! There was just one day’s rest before work began…