Apologies for the ungrammatical nature of my title, but I think you will agree that this phrase conjures up a picture of some sort in your brain and that’s the point of this article.

Recent psychological studies have shown that how easily we process a statement can affect our judgement of it. Take the phrases “woes unite foes” and “woes unite enemies”. Basically they say the same thing but the first phrase is more likely to be judged as true because the rhyme and rhythm speeds up the processing in the brain.

Something that rhymes, has alliteration or a rhythmical pattern is assumed to be more likely to be true. This is why politicians and others who want to persuade us, use simple catchphrases which seem to have a ring of truth about them, whether they are true or not.

Advertisers play on this all the time. “A Mars a day, helps you work, rest and play”, is a great catchphrase, although a chocolate bar a day increases your risk of obesity and type II diabetes might be more correct! The use of alliteration, assonance, rhyme and repeated sound patterns can be measured and scientists can now produce software that predicts which lines in a film script will get into the list of most memorable sayings and which slogans will stick in the mind.

It has also been found that if you use more plosives in a phrase, it is likely to be more persuasive. Plosive consonants are the 6 sounds made by blocking the air flow with the mouth and then releasing it quickly. We make two of them with the lips – P & B, two with the tongue-tip T & D, and two at the back of the mouth – K & G. Using plosives makes a slogan more rhythmic and therefore makes it stand out more. Pringles used “once you pop, you can’t stop” successfully in an advert.

Interestingly, evidence suggests that if you use plosives in your Twitter posts it can improve your retweet rate! Give it a try.

If our brains assume that speech which is easier to understand is more likely to be truthful, what does that say about someone talking in a second language? Does that accent affect the speaker’s chance of being successful in politics, or more generally in a job interview or public speaking? It turns out that talkers with a heavy accent have a harder job of persuading listeners that they are speaking the truth, as a study by the University of Chicago demonstrated in 2010. Researchers asked native and non-native speakers to read simple statements, such as “a giraffe can go without water longer than a camel can”, and asked listeners to judge their truthfulness. On a scale of “definitely false” to “”definitely true”, listeners scored the non-native accent lower for truthfulness. (By the way, the giraffe CAN can go a little longer than a camel because it can get moisture from  Acacia leaves.) 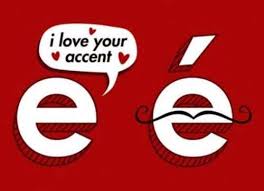 From these results, researchers concluded that because it was hard to process the speech when the speaker had a strong accent, there was a tendency to assume the statement was false. Other research has found that even native speakers with a heavy regional accents are less likely to be trusted but we must remember that this has nothing to do with prejudice. We are simply being influenced by sound and our response to it is subconscious.

Our responses to regional accents are also driven by stereotypes. Listeners make assumptions of social status, attractiveness and even intelligence based on the voice, despite our brains recognising that this is irrational. In Britain, a “Brummie” accent has historically been singled out as undesirable. Circumstantial evidence of this being a learnt association comes from an unlikely place. A club in Haifa, Israel advertised in a Birmingham newspaper for staff because their clientele loved the sing-song nature of the Brummie accent. As you are reading this you will probably be thinking about accents you like or dislike and the rhythms they make will play a part in this.

Thankfully, there has recently been a general shift in perception. Many regional accents have lost their negative associations and are now often used in call centres because they are seen as warm, kind and friendly. In the US, the British R.P. (middle of the road) voice is often shown as being especially attractive. As one advert attracting UK visitors to Las Vegas stated, ” Visit a place where your accent is an aphrodisiac!”

So there you have it. Our response to a voice is a mix of biological and cultural factors, but don’t underestimate the power of rhythm and speech. Just like that song riff which you can’t get out of your head, your rhythm really matters.

Laughter is the best medicine

Hello everyone, It’s Spring and doesn’t it feel good!  A bit of sun and longer days lift the winter gloom. I was at a…

How to be a Charismatic Speaker

I was fascinated to read a recent article in the Wall Street Journal in which the secrets of the charismatic voice were revealed. Scientists…

5 things your voice says about you

We give away a lot when we speak. While we are hopefully making sense of the words we are using, others are subconsciously assessing…