Communication works best if it contains a little touch of magic.  What do I mean by that?  Well, when you are delivering a message, if you can surprise the listener at some point, they are more likely to remember.

In Public Speaking the ability to charm, engage and surprise the audience should be an essential requirement.  After all, you want them to remember what you say and science tells us they will have forgotten 60% of it before they’ve left the room!

If you engage your audience’s collective imagination, you can tap into a huge treasury of thoughts, visions and dreams.  Magic can be imported with HUMOUR, CHARM and by introducing the UNEXPECTED.  If you weave some into your communication you can weave an audience around your fingers.

Let’s look specifically at SURPRISE.  Surprise is not easy to define but it is the unexpected
that strikes us with wonder and astonishment.  It doesn’t have to be bizarre, in fact it is more effective if it has a quality of every day about it.  This produces a shock of recognition followed by astonishment as we look at the world in a new way.

So let me tell you a STORY about an American public speaker to illustrate my point.

The speaker’s theme was building bridges between what we are now and what we want to be.  His audience were young graduates.

On the screen behind him he had just one image – a BRIDGE with the centre span missing.

As he neared at the end he asked the audience to think about where they are now.  At that moment a young man and woman wandered on from his left.  They were scruffy, their hair was messy as they slouched towards the speaker…….

“Sometimes”, he said “we lack of self respect and don’t care about what others think.  We have no clear goals or ideals to encourage us, but we can bridge the gap.”

The couple left the stage and almost immediately reappeared on the other side.  Now they were smart with smiles on their confident faces as they stood tall.  It was PURE MAGIC! The audience were mesmerised and the speaker had them in the palm of his hand.

As he said this, the image on the screen filled in and the bridge was whole.

“All it takes is to cross the span from where you are now” – (the unkempt couple re-entered stage left) – “to where you want to be.”  He gestured to the confident, smart couple on his right.

The magic had been revealed.

But that moment and that MESSAGE would never be forgotten by the audience.

Why not try to inject a little SURPRISE or magic into your next public speaking engagement?

I hope it works for you as it does for me.

Have a good month and perhaps a break if you can manage one.

A Right Royal Knees Up!

Hello Everyone, I’m writing this month’s epistle at the end of a great day spent with family & friends in front of the TV…

It’s not what you say, it’s the way that you say it!

When we hear someone’s voice, we immediately respond to the sound. On the phone it becomes our only link to the speaker and we… 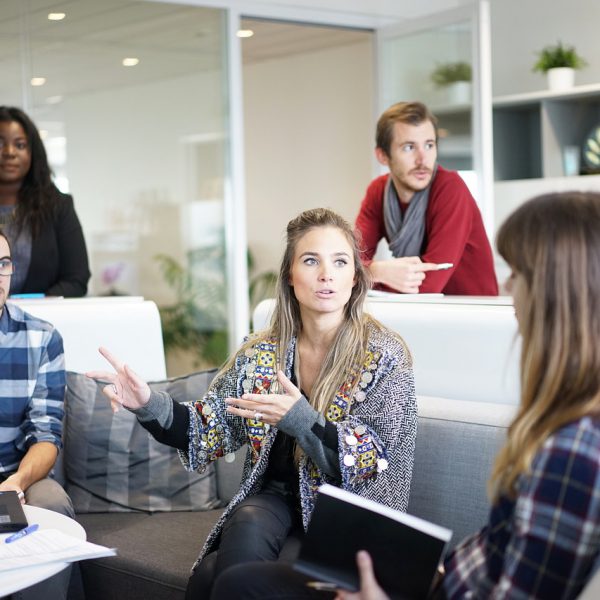