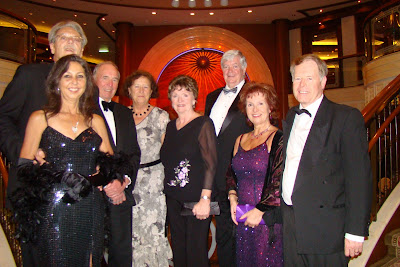 I’d like to share 3 events with you this month where voices really made an impact on me.

Those of you who have been following my tweets will know that I spent the first two weeks of February on a cruise ship (lucky me!).  If you have ever tried this you will be aware that the first unknown quantity is who will be on your table at dinner?

On the first night we reached our table of 10 and found a couple of New Yorkers, 2 from Arizona, a welsh couple and 2 fellow Midlanders.  We all hit it off from the ‘word go’ and 2 hours every evening were spent reflecting on the day’s events and putting the world to rights.  We even got on to politics and religion and real passion was shown.  We conversed, we discussed and we reflected on the use of the English language across ‘the pond’. The greatest amusement from a challenge to the yanks to speak that Welsh railway station with 56 letters (let’s call it by it’s short name ‘Llanfair PG’).  We made real new friends and communication has continued via email since we got home.  It is rare now that we give enough time to really talk in-depth with family and friends.  How often do you sit without the TV or radio on and really exchange ideas?  Why not give it a try? 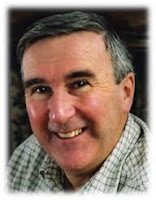 On Saturday 19 February I attended the Society of Teachers of Speech & Drama’s AGM in London.  One of the highlights of the day was a presentation by our president, Gervaise Phinn.  If you are a reader you will have come across his personal accounts of life as a school inspector in the Yorkshire dales.  On this occasion he delivered an ‘off the cuff’ performance which related his experiences with WORDS.  He held us for an hour with his hilarious and sometimes poignant tales of what children say.  He is touring his one-man-show from late March to late June – catch it if you can.

On the 26th I was back in London to see ex-student Lauren Samuels (3rd in ‘Over the Rainbow’) in her latest show.  Until last month she was playing ‘Sandy’ in the West End hit musical ‘Grease’ at the Piccadilly Theatre.  Now she is at the Tabard, Chiswick in ‘The Last 5 years’.  The show is a two-hander relating a doomed love affair and it is all in song.  I had heard how it has become a cult show in the musical theatre world because of the emotional range required to perform the rapture and despair in the songs.  Lauren and her co-star Christopher Pym were both superb and there couldn’t have been a better example of acting through song.  So here was an example of the power of the sung word and the subject for this month’s blog was found!

Do you use your words enough to communicate with friends, family & colleagues?  It is easy to hide behind our technology and hardly use our voices at all.  I think that oral communication is one of the most vital human abilities so we all need to use it or we might eventually lose it!

What else has happened in February?  I went to a Women’s Business Club lunch at Solihull and spoke at The Worcester Business Club’s breakfast meeting.  I also saw two very good amateur shows at the local Concordia Theatre..  The play ‘Skylight’ by David Hare and the musical ‘Return to the forbidden planet’ – great fun!

I’ve just begun booking for some new open courses.  On 9 May my ‘Voice Matters’ course will be at Hogarth’s Hotel, Solihull and on 12 September at the Marriott Hotel, Leicester.

My ‘Dynamic Speaking’ advanced presentation skills day course on 13 June is already full so I have booked a date at the Marriott Hotel, Leicester for 3 October.

All the details are on my website where you will find dozens of previous delegates’ testimonials.  Don’t forget there are short training videos and voice tips to download from my website.  You can also read a piece about me in the FSB’s February/march national magazine..

Thanks for your continued interest and remember:

Letting My Hair Down!

Y4U Myself and Clare Abell at the Switched-on Awards Hello again everyone, Some of you have pointed out to me from time to time…

PUMP UP THE VOLUME!

Does your business have problems being noticed in a crowded market place? Do you realise that your voice could help you stand…