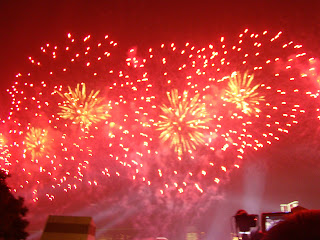 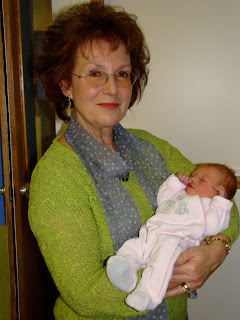 Happy New Year everyone. It certainly has been for Stewart & I. We became grandparents for the first time on 1st January at 8.00pm when our daughter, Debbie, produced Evelyn Ruby weighing in at 5lb 14ozs. what a surprise! She wasn’t due until 9 January and we’d all been together on New Year’s Eve for a little supper with friends. I have been told by many people that this event will change my life and I’m quite prepared for that to happen. If you’ve been reading this blog over the last two years you’ll know that I’m a bit of a workaholic and it’s not unusual for me to do seven days a week. So now I’m going to have to find time for my granddaughter – and I will! My New Year’s resolution is to block out days in my diary when I won’t work. Unfortunately I have just had a look at January and I’ve already got work on 25 days but the intention is there!

When I wrote my last blog, if you remember, I was working at the festival in Hong Kong. On the 5th December I had the chance of a lifetime when I saw the opening ceremony of the East Asian Games. It was the first major event held on water rather than in a stadium and this meant that around 300,000 people watched it for free on both sides of Victoria Harbour which culminated in a 15 minute fireworks display – and the Chinese really know how to do fireworks!

After a very busy final two weeks I returned to the U.K. on 18th December and rushed into Christmas preparations. Work was put on the back burner until today but now it’s all hands to the plough and off we go. So what do I have in store for 2010?

Well, there’s a landmark birthday to celebrate in May and I have 2 very different shows to direct at the Concordia Theatre this year.

Firstly, ‘HSDS Has Talent’ from February 11th to 13th with over 150 youngsters from my Drama School performing extracts from musicals and comedy sketches from Victoria Wood, Monty Python, Roald Dahl etc. Secondly, ‘Dick Barton, Special Agent’, in September – a hilarious play which pokes gentle fun at the famous radio series. This show will be produced by the New Theatre Players adult company at the Concordia.

I’m also going to be examining in Malta and possibly returning to Hong Kong. later in the year.

I already have several of my ‘ Voice Protection’ workshops booked for the Amateur Swimming Association in Manchester Devon, Windsor, Bristol and Stoke-on-Trent. There are also bespoke business workshops for Coventry City Council and a taster session for the National Grid this Spring and my open workshops, continue on 26 January with ‘Dynamic Speaking’ (fully booked).

As I’ve been out of the business loop since early November my February ‘Voice Matters’ days do have spaces so now is your chance to sample the unique style and fascinating content of a training day with yours truly. For only £160 inclusive of lovely grub you can book onto Leicester (3 February) or Solihull )26 February). I guarantee you will leave with skills you can use instantly to grow your business. Just look at my testimonials for proof!

Well, that’s the lot. I’m off to visit my beautiful granddaughter this afternoon. Then it’s up at the crack of dawn to be in Cheshire by 9.00am for a teacher’s voice workshop – the working year has begun!

Here’s to a highly successful 2010 for one and all and I’ll leave you with this thought:
SUCCESS COMES IN CANS, NOT CAN’TS!

SPEAK FOR YOURSELF – a beginners guide to self-promotion

Isn’t it interesting that when we read, or repeat a fairytale to a child our voice and face seem to come to life –…

Happy New Year everyone. As some of you may know, I flew out to Hong Kong on 19th November to be a judge at…